So how did the town get the name of Double Horn? The town and the creek were reportedly named after an incident in which a pioneer found the remains of two bucks with interlocked antlers. Presumably, the two deer met at the creek, got into a tussle and died after their antlers became entangled. The Double Horn Brewing Company logo reflects the passionate battle of those two bucks.

Texas is a state where people have been enamored with the history behind the 266,807 square miles of the state that once stood as an independent republic before joining the Union on December 29, 1845. Double Horn Brewing Company’s hand crafted ales and cuisine hope to capture, preserve, and celebrate the pioneering spirit and inventiveness of the rugged Texas souls who founded the little Texas communities that helped establish our great state. Cheers! 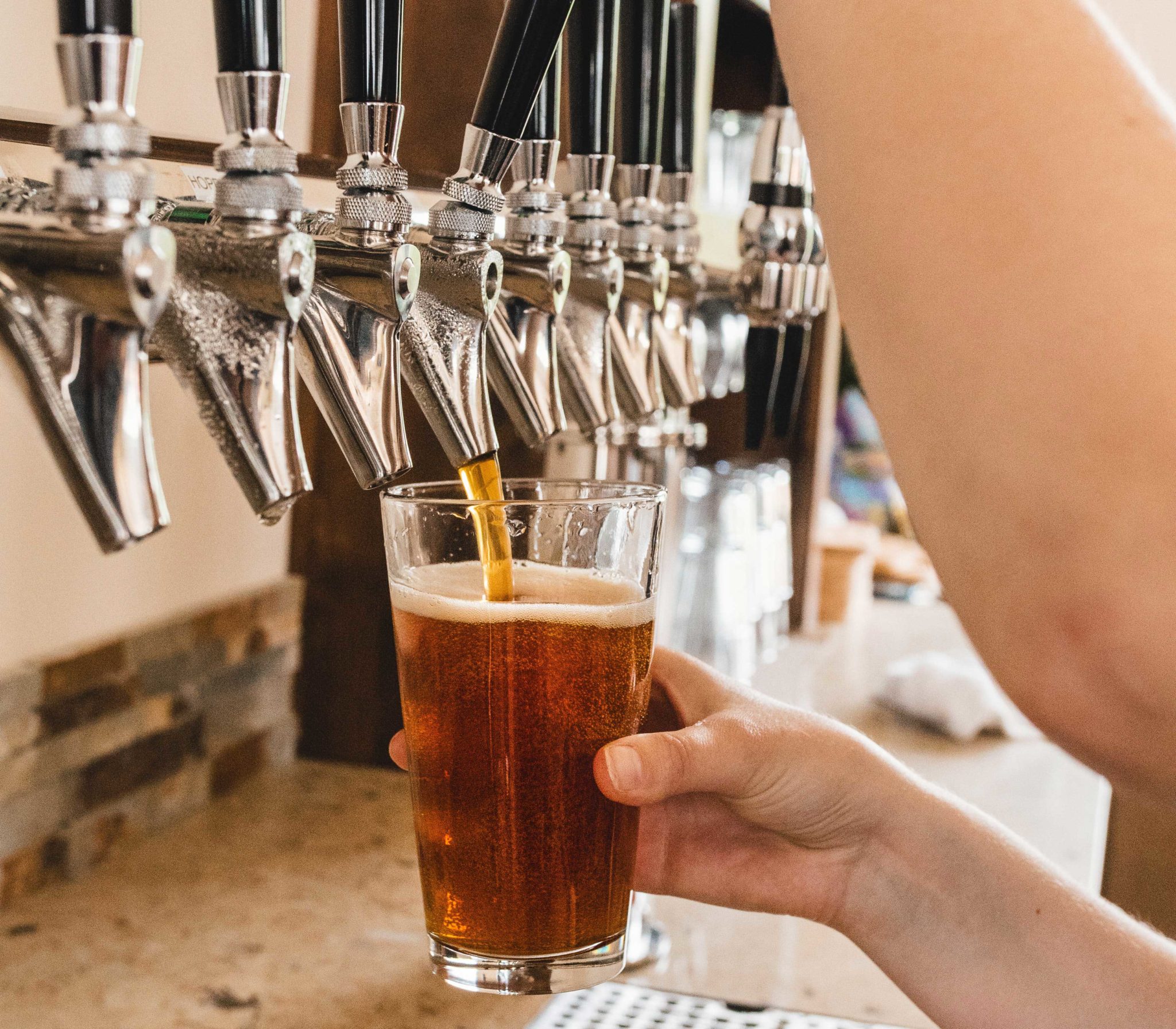 Double Horn Brewing Company is a proud member of Marble Falls and Hill Country community. We believe in being a positive impact to our friends, family, and neighbors.

Watch out for weekly beer specials and our Giving Back non-profit days! Simply eat and drink at our place to support our Giving Back programs, where 100% of our donations go to local organizations focused on community needs. 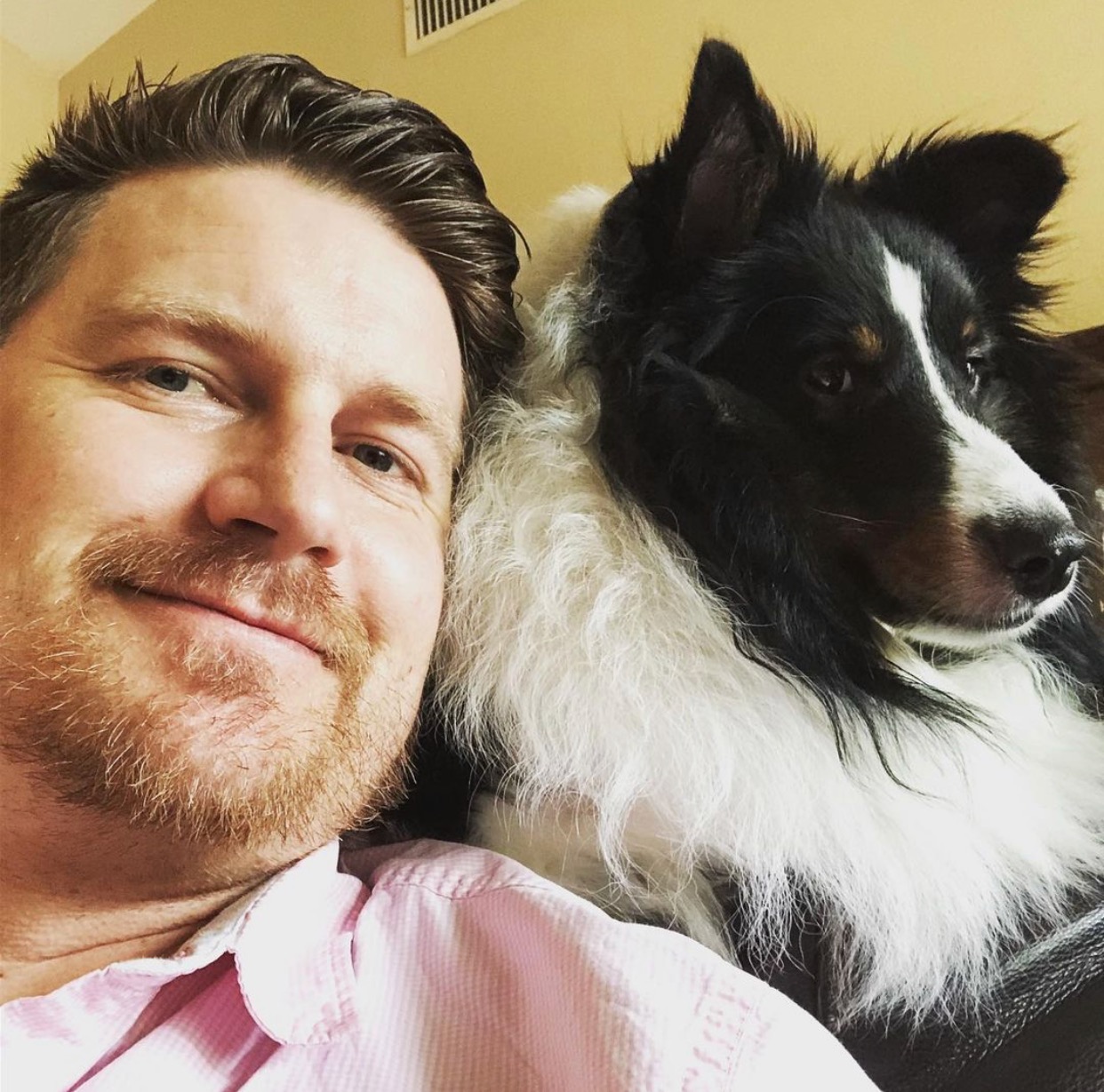 Born and raised in Texas, Trace has always had a love of good food and a desire to spice it up. He began learning to cook at an early age and hasn't looked back.

After moving to Virginia, Trace began his journey into the culinary world professionally as a line cook. He continued to hone his skills while rising rapidly to the position of sous chef working alongside highly regarded master chefs.

With influences from the Eastern Seaboard to his Irish/Native American roots, Trace brings his multi-regional background home to Texas in his original dishes. Trace is dedicated to making sure that you enjoy the food and the community Double Horn Brewing brings together. 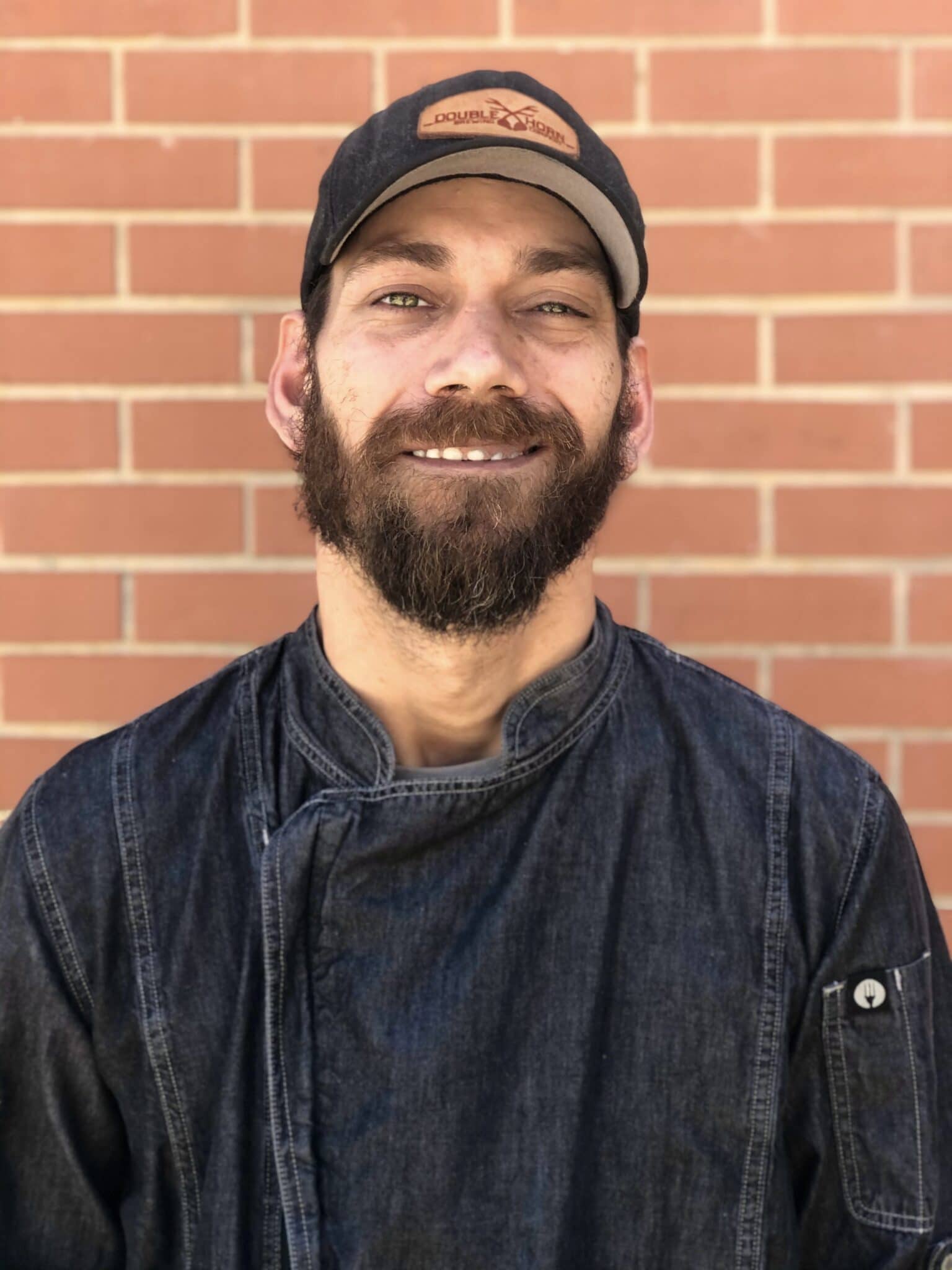 Gemma’s roots run deep in the heart of Texas. Photos of her great grandaddy can be seen in the Fort Worth Stockyards museum, along with many of her ancestors.

Gemma received a B.A. in Broadcast Production while playing four years of collegiate soccer at Minot State University in Minot, North Dakota, where she also bartended and managed a local restaurant. Gemma then landed a job in Phoenix, Arizona as a Production Coordinator for the nationally syndicated television show, The List.

When the pandemic hit, she became bored with zoom meetings and conference calls, and decided to head to Marble Falls, Texas to be with her family.

“The Highland Lakes has so many great things to offer, especially here in Marble Falls. Our community alone is full of amazing people.” - Gemma Biasetto 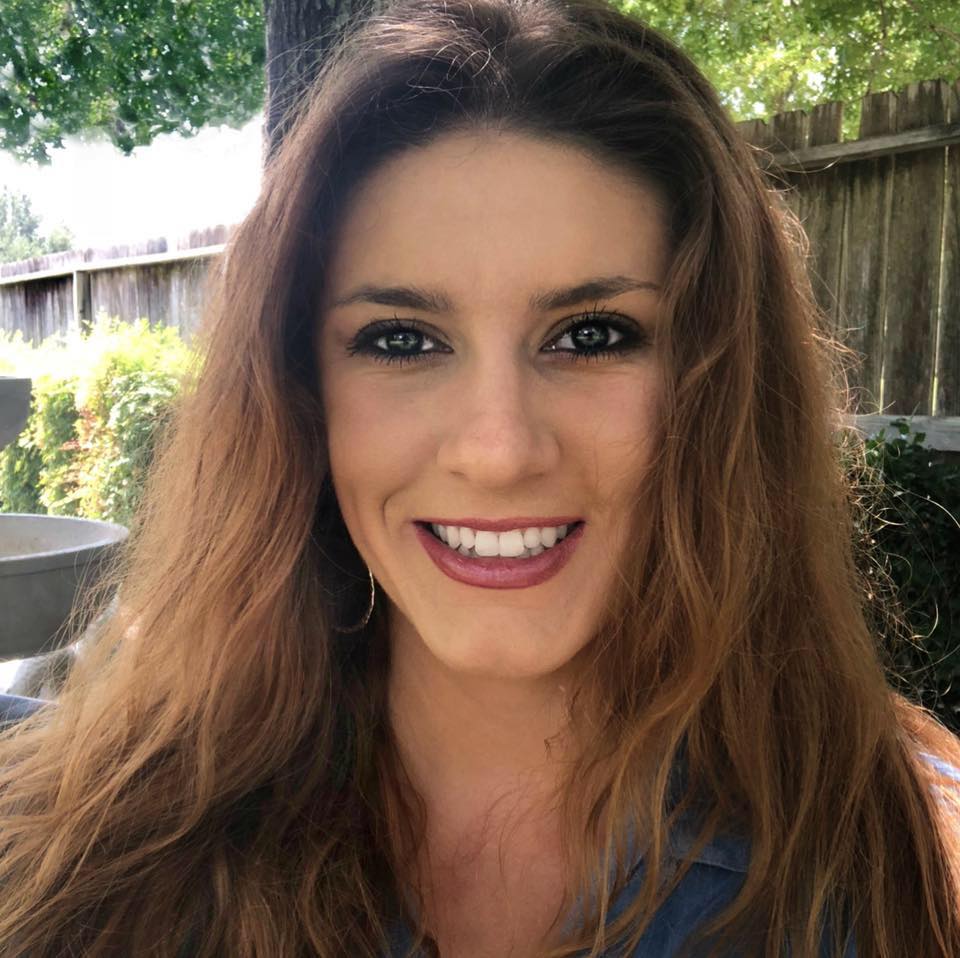 Mike is a native Virginian who caught the Texas bug, and moved here as soon as he could. Several years ago, Mike and his wife Sandy packed up their family of seven and moved to the Highland Lakes.

After 20+ years in the hospitality industry, Mike has managed everything from 5-star resort restaurants and fast food chains, to just about everything in between. Mike is proud to make Double Horn Brewing Company his family's new home. 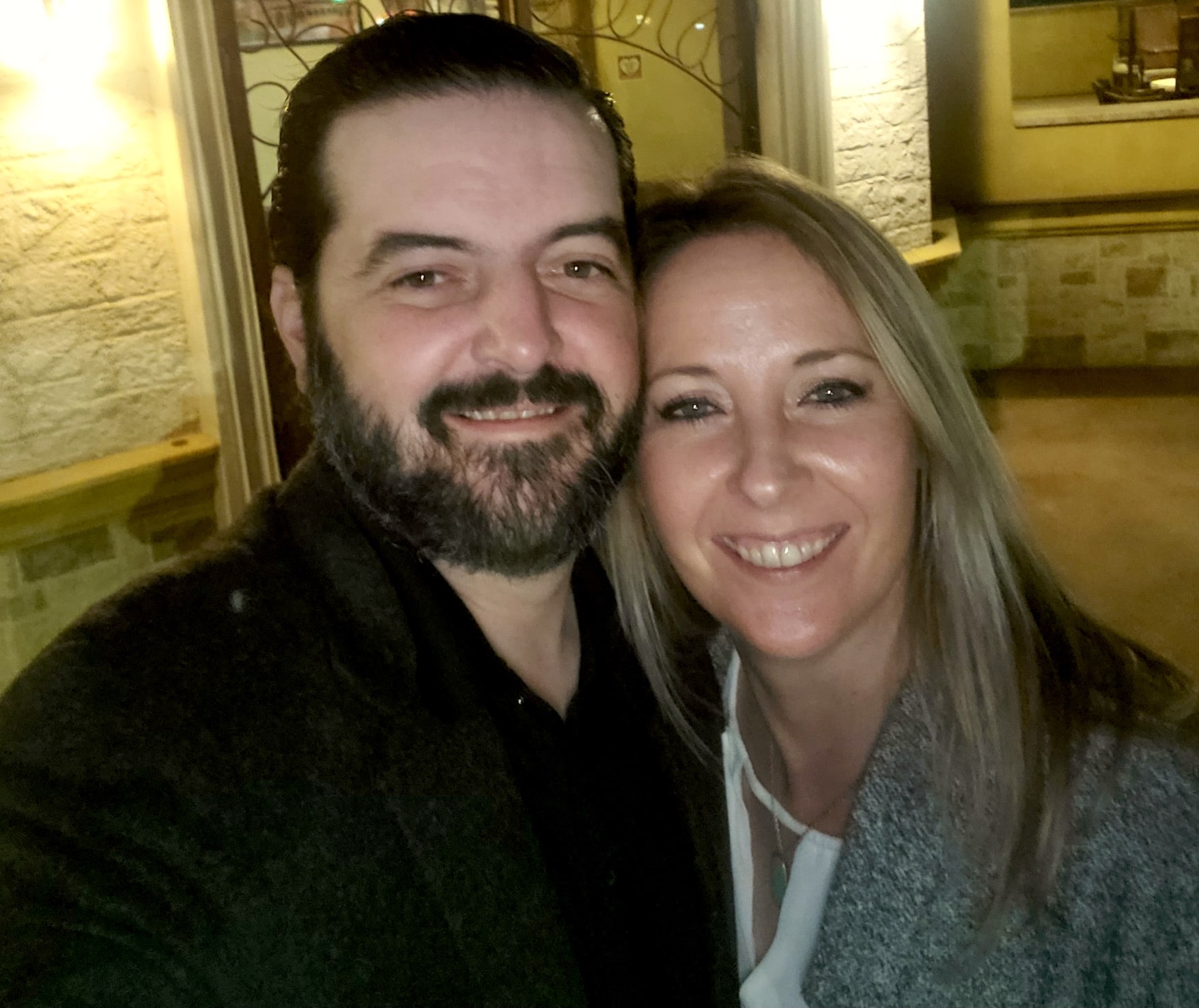